As shown in the name The Archers 2 Mod Apk is an archer shooting game. It contains simple common graphics yet interesting gameplay.  Almost everyone is familiar with the famous Angry Birds game where to win players’ correct angle and force matter, the same is following in this game. There is no strategy involvement, which makes this game pretty much easy to understand and play.

About The Archers 2 Mod Apk:

This game has many features and options that can make anyone addicted to it. Here you pass the levels to win and get multiple surprises in the end. The faster you attack, the higher your chances of winning. Try to hit at the opponent’s head because, in this way you would knock him down with only one arrow, else, you have to use the 2 or 3 arrows on one to kill.

Here you don’t have to worry about the arrows, these are unlimited available in this version but by throwing 3 or more arrows at a time you only got 5 attempts. If you like this game, also try Boom Beach Mod Apk. I am playing this game for quite a time now and the one trick that always works for me is that kills the one standing near to you. And the reason is that nearer opponents are the ones who mostly attack you first that is why faster get rid of them is the best.

If you are a complete novice and don’t even know how to mark the target I suggest you select the option of Aiming Tip from the setting of the game. This option creates a dotted line on the screen that helps you to throw the arrow in your desired direction. However, if you still have confusion then watch the video available at the bottom of the page.

In the campaign section, you got the option of the world map, present on the bottom right side of the screen. Currently, there are 4 different maps are available and the 5th one is under process. Players might be able to get the fifth map in the coming months. The name of the current four maps are Green Fields, Orcs Woods, Lava Lands, and Silent Valley and each map is further divided into 100 levels.

In the original version, you would face the issue of 15 sec and long ads but not in this mod version. We have blocked all the ads and removed the unnecessary things that would irritate you in the future. So, now you are able to enjoy the game to your fullest.

As the game level up more than one opponent appears on the screen which would be hard for you to handle with one arrow, therefore, you need a triple arrow or explosive arrow to tackle such situations. And that would only be possible with the help of coins that we provide you in this Hack version of The Archers 2. Apart from the arrows, Unlimited Money cheat would also help you in unlocking robust bows and metal uniforms for a strong defense against the opponent’s attack.

The Archers 2 Mod Apk provides a complete variety of customization options such as changing the background image and colors in any way you like and many others. Also, the feature of game connection with the Gmail account is the best one because it helps you to resume the game from that point where you left in case you change the phone.

Apart from that, just like Brawl Stars Hack Apk, you can customize the avatar by unlocking the shields, new & unique skills, and many other things, and also sell the extra or old items to make room for new ones. Because there is a certain limit on items placement in the inventory. However, by selling the item, keep in mind that, you won’t be able to get the actual amount back.

There are mainly three modes are available in the game Campaign, Endless, and 2 players. If you want to play freehand, where you can kill as many opponents you want then try the endless mode. Apart from that in The Archers 2 Mod Apk players got hundreds of missions to enjoy but the one thing that is common in all of them is the attacking style. During the mission, players would stumble upon multiple monsters, gun-carrying opponents, flying witches, and many other savage enemies, but if you manage to attack them faster no one would be able to harm you.

Read this section carefully because here I have described the best authentic ways of playing this game plus some suggestions that would help you better understand the game.

Does the Archers 2 Mod Apk is an offline game?

Players can enjoy many of its features offline but to claim the coins from mine and other gifts internet is necessary. So, we can safely say that it is an offline as well as an online game.

Does the file harm my cell phone?

Not at all. We have checked it many times. It is completely free from malware issues.

The Archers 2 Mod Apk is one of the most popular and attractive game. Here you got eye-catchy 2D graphics along with a complete package of enjoyment. Although the way of playing this game is simple, it has many features and surprises for you. However, in this article, I have explained all the aspects related to this game quite thoroughly. If you consider anything is being missed mention it in the comment section. 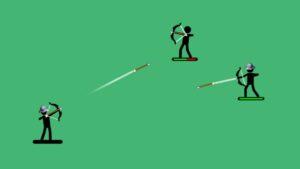 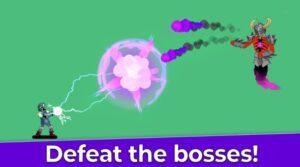 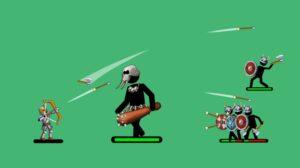